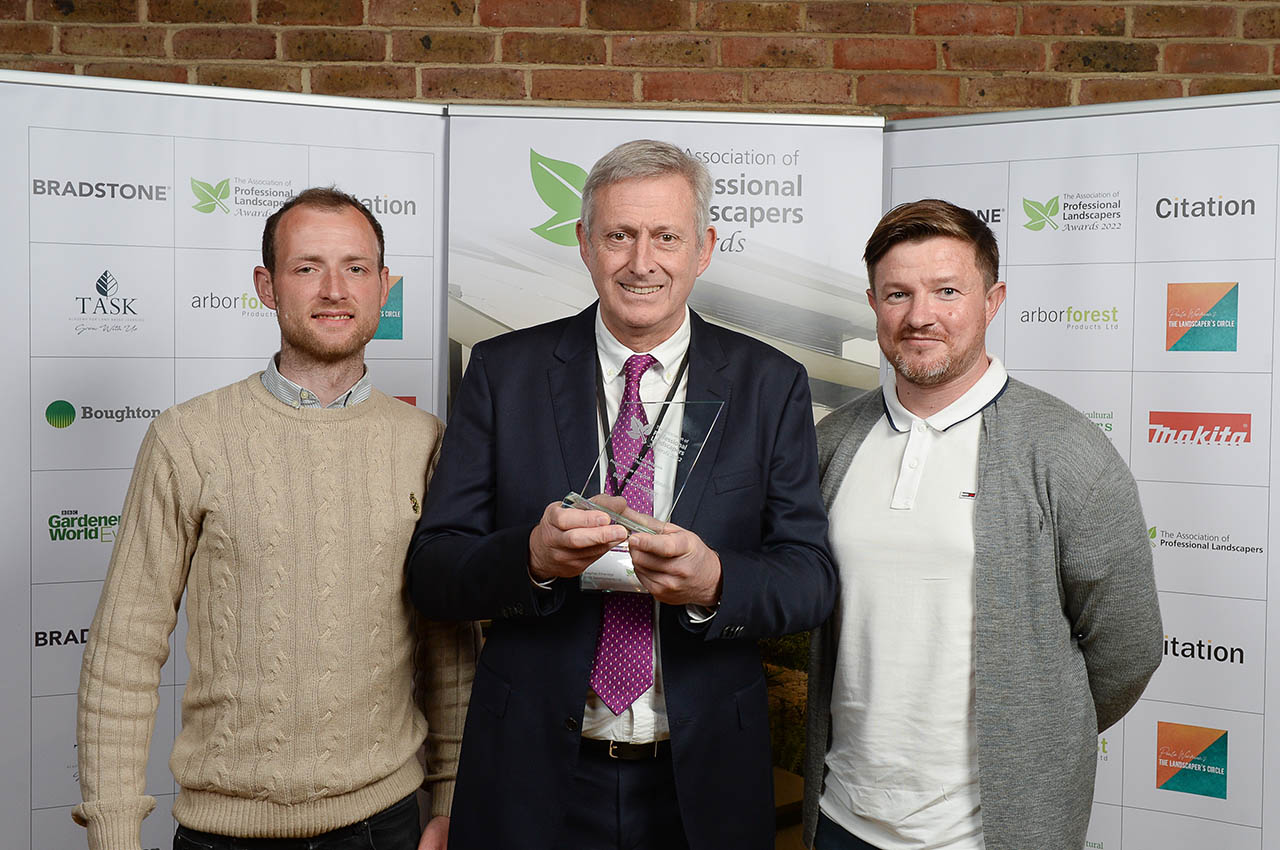 Both gardens were included in the shortlist published in November, but the final accolades were announced at the gala dinner last week. We are delighted for the whole team, and also for designer Louisa Bell of The Lovely Garden. 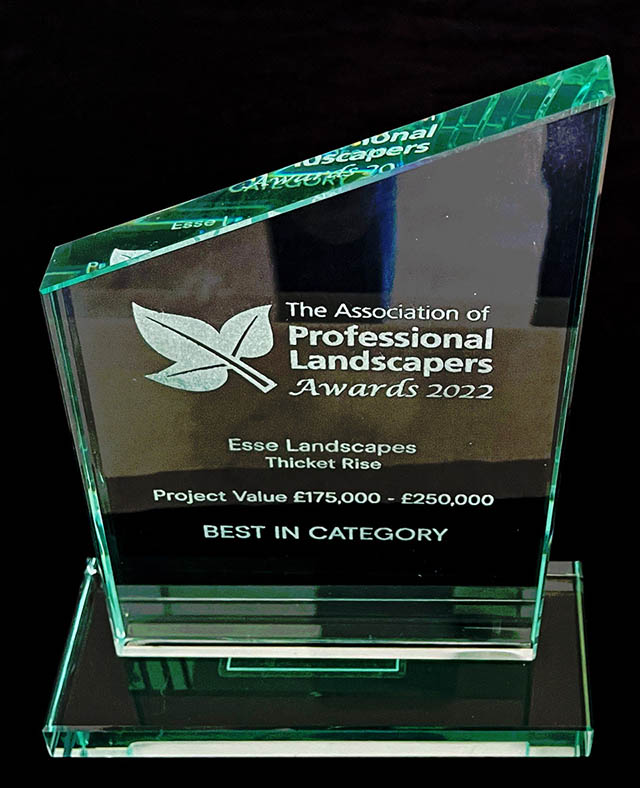 The judges’ commented, “The cantilevered deck was brilliantly engineered, the use of planting and detailing on the garden was delightful. A well-deserved award with top notch landscaping.”

The winners, announced at the awards event sponsored by Bradstone, held at The Brewery in London on Friday 18th March 2022, gained national recognition for their achievements and are a testament to the high calibre landscaping offered by APL members.

Steve Etheridge (Managing Director) said: “So proud that we have won Best in Category at today’s APL Awards in London! Fantastic work by the whole team!” 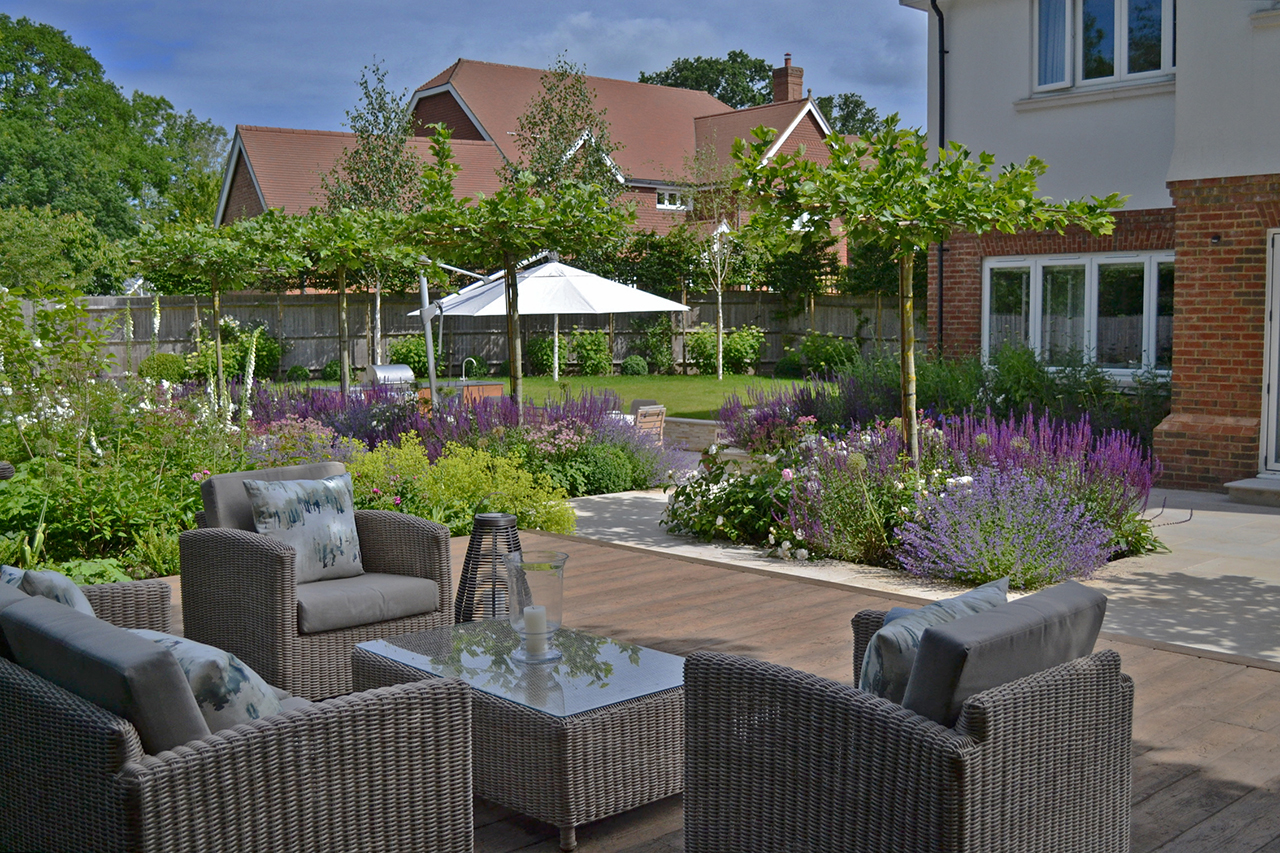 The awards, now in their 27th year, recognise and promote the very best in landscaping undertaken by APL members in categories that range from smaller projects, special features and soft landscaping to contracts of up to £500,000. The awards are a celebration of the high standards that have been achieved by members and demonstrate the APL’s commitment to quality landscaping.

The Association of Professional Landscapers comprises accredited landscape companies who design, build and maintain gardens throughout the UK. The APL is the only landscaping scheme operator of Trustmark, a Government endorsed initiative that promotes professional trades to consumers. 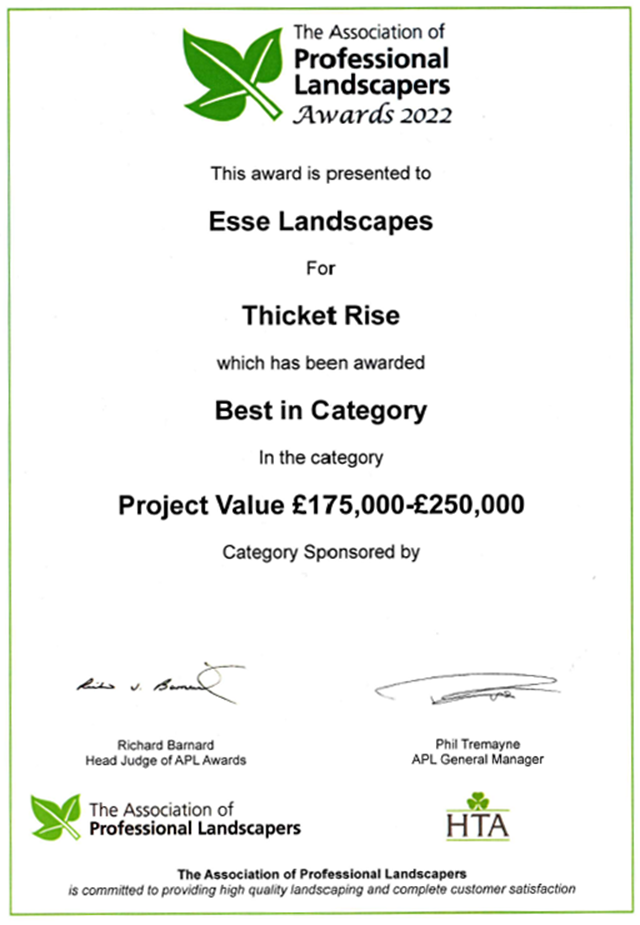 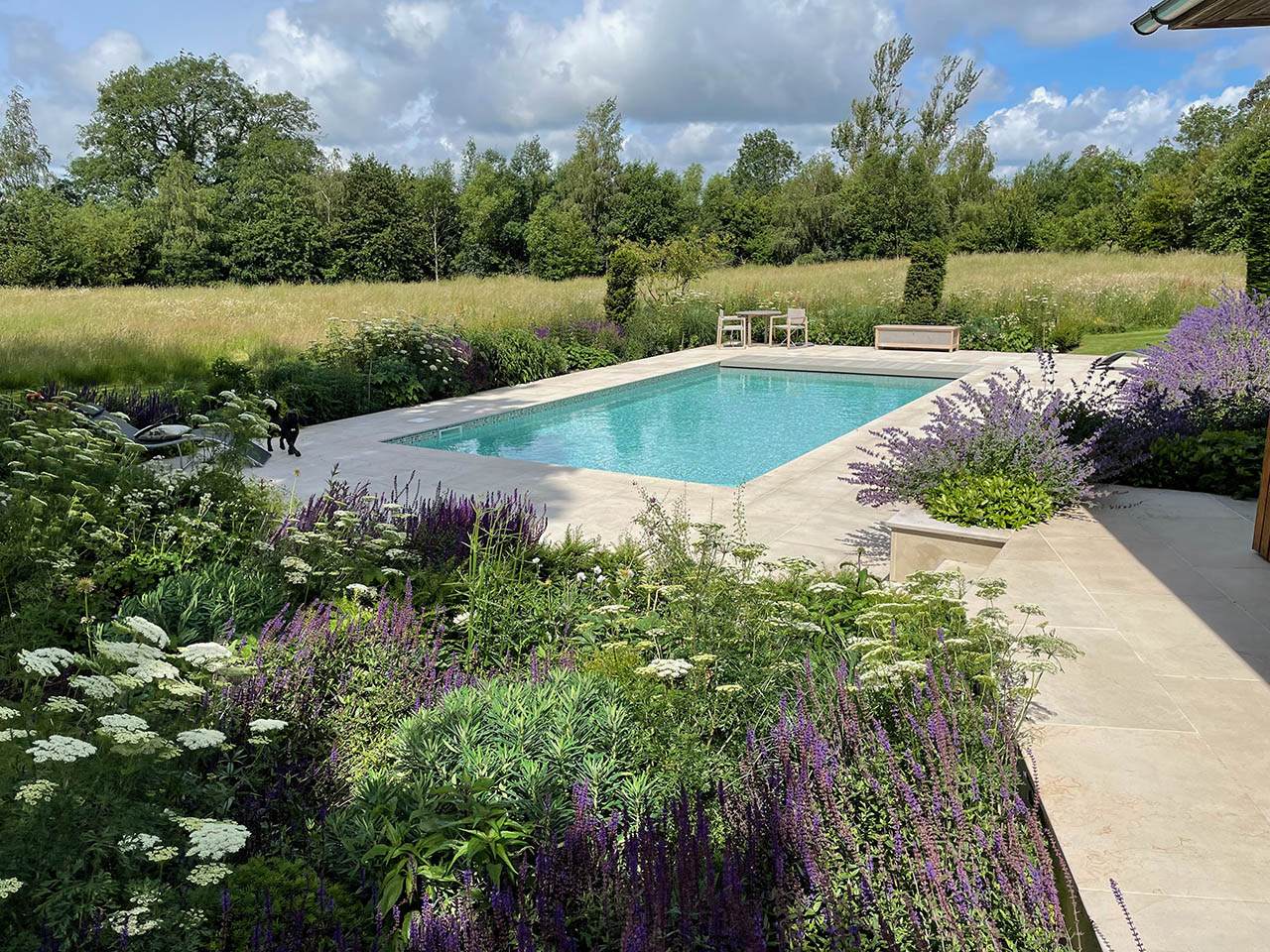 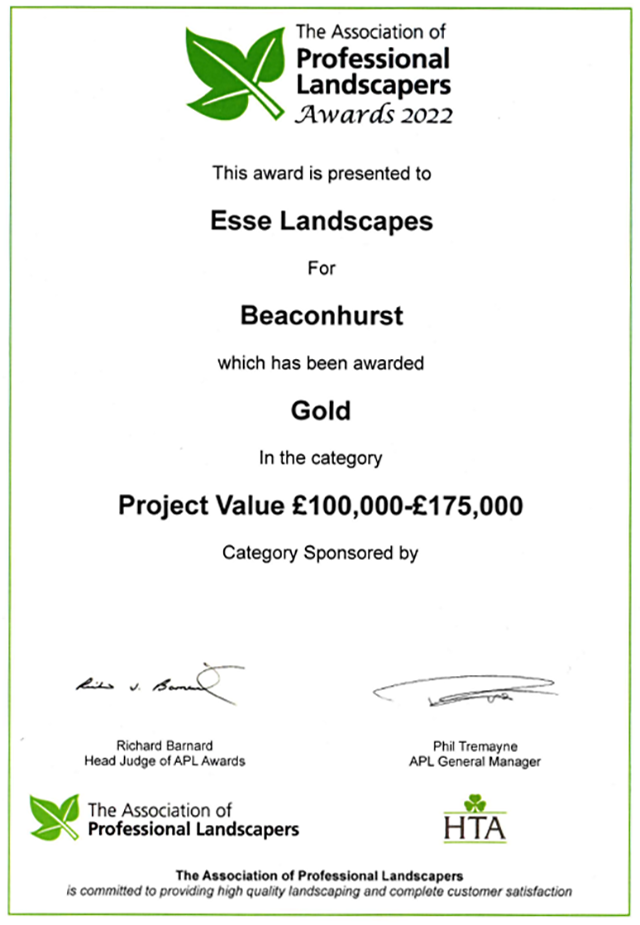 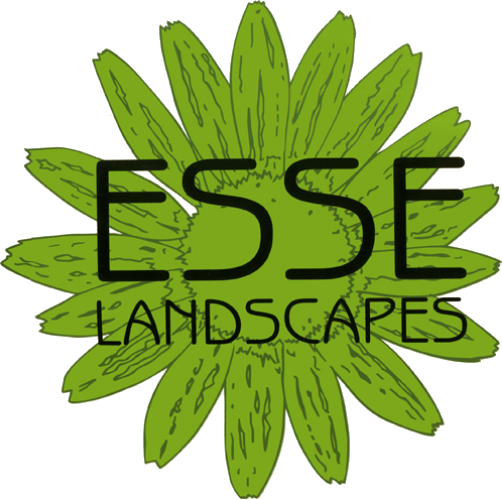 ESSE Landscapes was founded in 2003 by Stephen Etheridge and has grown to employ nearly 20 staff, most of whom have been with us for many years. Several started as school leavers on apprenticeship, rising to become site supervisors or managers.